Artemis, the goddess of the hunt- the tenth Olympian

Artemis. Homer refers to her as Artemis Agrotera, Potnia Theron: "Artemis of the wild land, Mistress of Animals". Artemis was the daughter of Zeus and Leto. She was also the twin sister of the Greek god, Apollo. Rumor has it that Artemis, was pre-Greek. This is surprising because you would not see her doing anything that is wildly great. She doesn't have a major part in any of the wars. She hasn't committed any scandalous acts because she is a virgin. It is quite a mystery.
When Leto was impregnated by Zeus, Hera, in a fit of uncontrollable jealousy and anger, banned Leto from giving birth anywhere on the mainland or on an island. But the island of Delos, disobeyed Hera’s orders and Leto gave birth there. Coming to the Olympian council as a child, Artemis was constantly thrashed and beaten up by Hera. In times like these, Artemis climbed up to her father’s lap.  Artemis, like her brother, was a prodigy with the bow, and kept practicing it whenever she had the free-time. One day, as Artemis sat on Zeus’s lap, Zeus told Artemis that she six wishes of hers would be fulfilled. These were her six wishes.
1  To remain always a virgin;
2. To have many names to set her apart from her brother Apollo;
3. To be the Phaesporia or Light Bringer;
4. To have a bow and arrow and a knee-length tunic so that she could hunt;
5. To have sixty "daughters of Okeanos", all nine years of age, to be her choir;
6. And for twenty Amnisides Nymphs as handmaidens to watch her dogs and
bow while she rested. 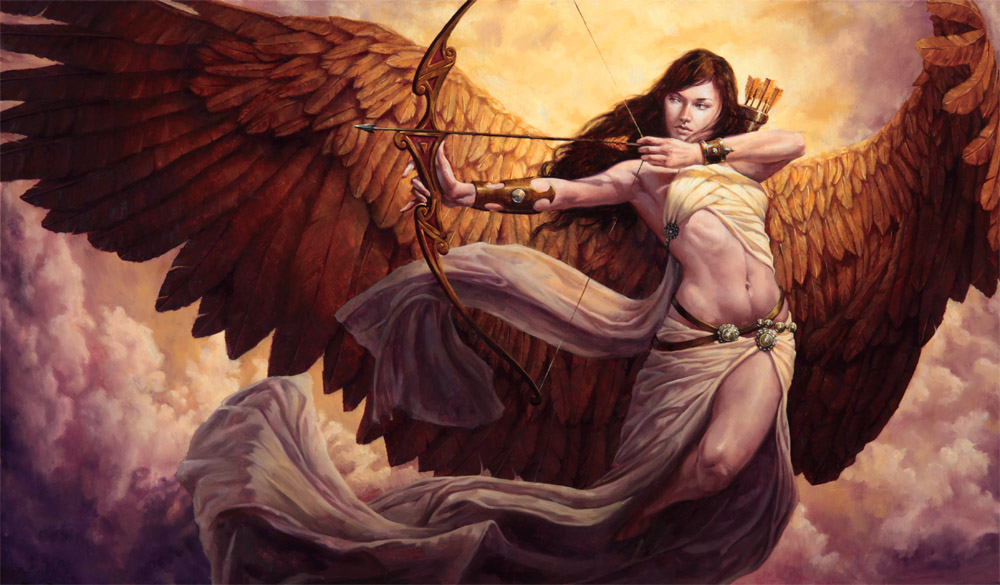 Home-Page
Next Page- Apollo
Powered by